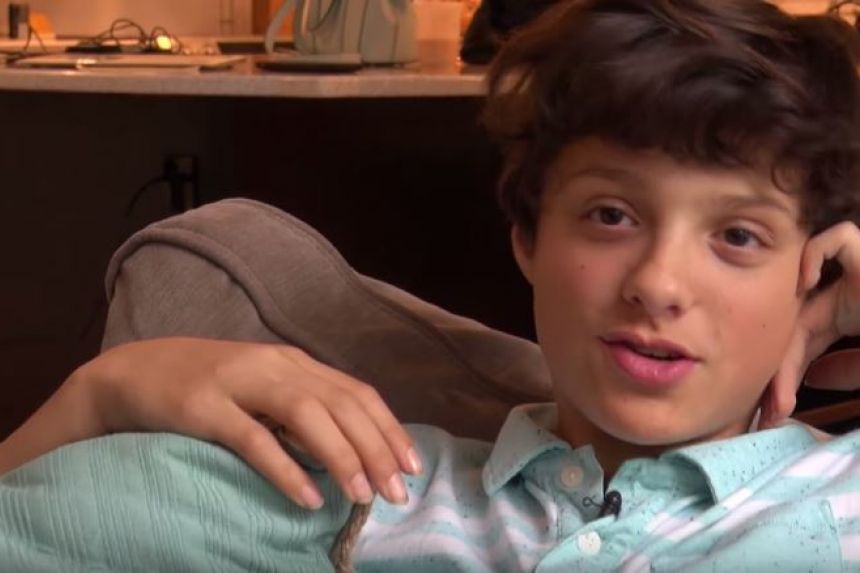 Caleb Logan LeBlanc was an American YouTube star, part of the well-known vlog Bratayley. The star was the eldest sibling of Hayley LeBlanc and Julianna “Annie” Grace LeBlanc, both influencers on social media and actresses. The family YouTube channel Bratayley grew to millions of followers and was picked up as part of Disney’s Maker Studio, a YouTube distribution and production firm. Caleb passed away on October 1, 2015 due to an undetected heart condition: hypertrophic cardiomyopathy.

Caleb Logan LeBlanc was born on July 12, 2002 in Augusta, Georgia, to parents Billy and Katie while his father was stationed in Fort Gordon, Georgia. Caleb passed away on October 1, 2015 due to an undetected heart condition: hypertrophic cardiomyopathy.

Caleb has two sisters: Hayley Noelle LeBlanc and Julianna “Annie” Grace LeBlanc, both popular influencers, singers and actresses on social media. Caleb was the oldest of the three siblings.

Caleb was one of the siblings featured on the popular YouTube channel “Bratayley,” which was initially started in 2011 based on his sister Hayley’s name: a combination of the word brat and Hayley. The vlog started out as a way for the family to keep in touch with relatives, and became a vlog for the family’s daily life.

Their vlog consisted of everyday videos on their daily lives: jumping on the trampoline or hanging out at home, for example. Their videos often got millions of views. One of their most popular videos has 23 million views. The family had grown their vlog to Twitter, Facebook, Instagram and more.

Off of YouTube, Caleb loved to play Minecraft, he loved to play baseball and he loved spending time outdoors and making people laugh. Caleb was nicknamed Baked Potato, and his Instagram account “iamabakedpotato” is a reference to that.

Caleb had a sudden and unexpected death. On October 1, 2015, Caleb was pronounced dead in Maryland following a “medical emergency,” the Anne Arundel County Police Department told Reuters. “Responding officers arrived and observed a juvenile male patient suffering from an unknown medical emergency. Fire Department personnel transported the juvenile to a local hospital where he was pronounced deceased.”

His death was not considered suspicious, and an autopsy was performed. However, in the meantime, many people speculated on why he had passed away. It was later revealed Caleb had an undetected heart condition: hypertrophic cardiomyopathy, a disease where the heart muscle becomes abnormally thick, making it much more difficult for the heart to pump blood.

Following the death of her son, Caleb’s mother Katie wrote on Instagram: “Words cannot describe how much we will miss him. His incredibly funny, loving and wonderful spirit made us all fall in love with him as a YouTuber, friend, brother and son.”